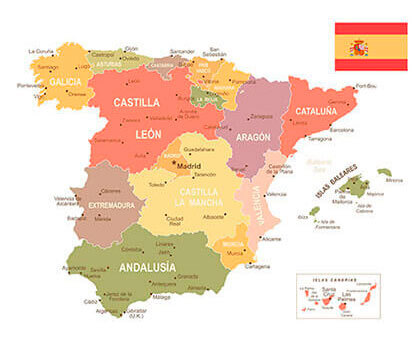 Spain, also known as the Kingdom of Spain, is a transcontinental country, a member of the European Union, constituted as a social and democratic state governed by the rule of law and whose form of government is a parliamentary monarchy. Its territory, with its capital in Madrid, is organised into seventeen autonomous communities, made up of fifty provinces, and two autonomous cities.

In 2013, Spain imported products worth 250 195.2 million euros and exports amounted to 234 239.8 million euros, with a trade balance of -15 955.4 million of the same currency.  The main exports were: industrial technology; chemical industry (chemical products); fashion; raw materials, semi-manufactures and intermediate products.

Tourism revenues amounted to almost 77,625 million euros in 2016 and the number of people visiting the country in 2016 was around 75.6 million, which helped the country to remain the third largest international destination in the world, while Spaniards spent around 18,248 million euros on their trips abroad, with a favourable difference of around 59.4 billion euros, which helped to offset the Spanish trade balance deficit.

STRATEGIC SECTORS IN SPAIN (DESPITE COVID-19) 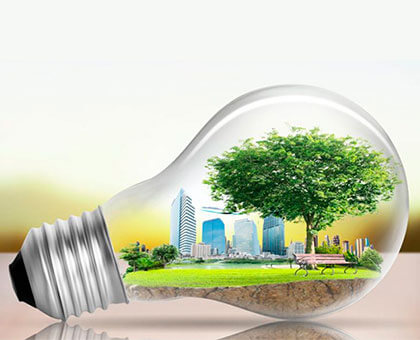 The liberalised gas and electricity generation and commercialisation business has been affected by the population confinement measures, but to a lesser extent than other industries.

The sector has a very solid financial situation, which allows it to get through this crisis without major liquidity strains.

2018 was a boom in terms of renewables development in Spain. Thanks to this, 41.6% of the Spanish energy mix comes from green energies, although we are still far from the target set by the European Parliament of reaching 100% by 2030.

Internationally, a large part of the projects for the development of energy generation plants are developed by Spanish companies. Especially solar (PV and CSP), wind and hydro plants. 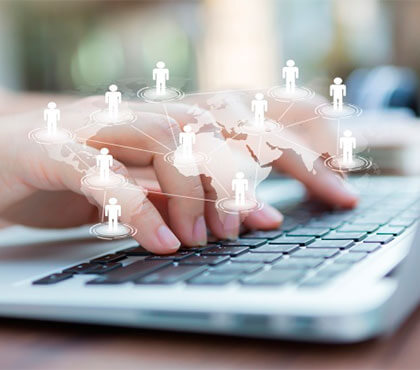 Spanish technology is one of Europe's top ten: it already competes with German technology.

Spanish organisations are actively adopting new ways of working with the cloud, where the use of the private cloud is a higher priority than the public cloud. The future of IT companies is inextricably linked to this technology.

Spain is joining the trend across Western Europe to increase its investment in digital transformation.

In 2019, 900,000 jobs in the technology sector were left vacant in Europe due to a lack of qualified personnel.

E-commerce is booming with the COVID-19 crisis and will continue in the same upward trend. 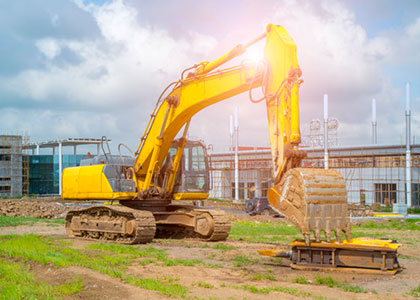 The sectors that will require the most investment in the next decade will be:

Most Spanish pharmaceutical exports are exported to other EU countries such as Germany, France, Italy, and Ireland. However, its main non-EU trading partners include countries such as Switzerland, the United States, Japan, and China.

The Food Industry is one of the sectors with the most advanced technology and strategy for the national economy, the statistics that the agri-food industry moves reflect its weight in Spain: it contributes a gross added value of over 100,000 million euros, represents almost 11% of the GDP and provides direct and indirect employment for more than 2.7 million people.