Why choose Spain for your business

This is why one of the most attractive aspects of Spain is the growth potential of its economy, despite the ups and downs caused by the Covid 19 pandemic.

Spain is a country with great business opportunities due to its sustained economic growth, geopolitical competitiveness, and strategic geographical location, which opens the door to new markets in Latin America, Morocco, North Africa, and the Middle East. It is also a place with an open digitalization process.

The second aspect to take into account is the development of its infrastructures. According to the World Economic Forum's Global Competitiveness Report, Spain is ranked as the 12th most interesting country in the world to invest in for its infrastructures due to its geostrategic location. Specifically, it stands out for its transport, logistics, and digital facilities. In this sense, Spain is immersed in a digitalization process that represents a great investment opportunity.

Another interesting factor is the talent and capacity for innovation. This is one of the fundamental aspects that influence the competitiveness of companies. Skilled professionals are sometimes a scarce and expensive resource. For example, those with technical training are beginning to be in high demand, and Spain is positioned as one of the countries in Europe with the least problems in finding ICT specialists and, in general, the easiest to find talent compared to other European countries, seventh out of 24.

One of the most interesting aspects of investing in Spain is its quality of life. According to the OECD, it is ranked as the fourth country with the best work-life balance. In addition, its healthcare system is considered worldwide as one of the most complete for users.

In terms of costs, it is also an interesting country for foreign investment. The OECD states that it is one of the most competitive. For its part, the cost of renting offices in Spain is slightly lower than in other European cities. Not only that, but labour, industrial, energy and pharmaceutical costs are lower than those of its main competitors. On the other hand, tax costs are similar to the European average.

In Spain and throughout the customs territory of the European Union, anyone can import goods from outside the European Community. For example, a family moving their normal residence for work reasons can import their personal belongings from their country of origin.

Any person can buy online from a foreign company (e.g. eBay, Taobao, AliExpress, etc.), and at the moment the goods enter the EU territory, he/she is considered to be importing and is therefore adopting the role of an importer.

Companies or self-employed individuals who habitually import products from a third country (outside the EU) are considered to be companies whose business activity involves the import of goods, and as such they must be registered for business activity tax (IAE) under the corresponding heading.

In order to make a customs declaration on behalf of your company, it is essential that the company, self-employed person, or individual is registered with the Tax Agency.

Customs depends on and is managed by the Tax Agency, so the fact of not being registered or registered in the Tax Agency's database would prevent any declaration from being sent on your behalf, and therefore the import could not be carried out.

It is very important that before making any purchase for import, you make sure that the products you wish to import into Spain have the EEC Mark. To do this, you should check that the technical documentation (manufacturing datasheet, user and installation manual, and European Certificate of Conformity) are up to date according to the current regulations.

Any company domiciled in Spain can export to another country, both in the European Union and in other areas, by complying with the mandatory requirements established by current regulations.

It is very important to have all the documentation proving the origin of the goods, which will allow the origin of the goods to be accredited in the country of destination. Depending on their origin, the commercial policy measures of the customs territory of destination (quotas, quantitative limits, anti-dumping, anti-subsidy, etc.) and preferential tariff policy measures (tariff benefits by virtue of preferential agreements or regimes between customs territories) will be applied to them.

Certificates of origin must be issued by authorities duly empowered by the issuing country, as well as by a body offering the necessary guarantees for this type of procedure. This document contains information allowing perfect identification of the goods to which it refers: number, nature, markings, numbering of packages, description of the goods, gross weight, net weight, name of the consignor and other essential characteristics. 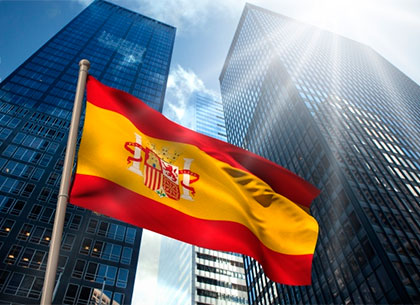 A foreign investor is free to invest in Spain without prior permission or notice. Once the investment has been made, the investor must notify the Directorate General for International Trade and Investment to the Minister of Commerce for administrative purposes within a maximum period of one month.There are only a few exceptions, such as in the case of investments from tax havens where prior authorization is required, strategic assets directly related to national defense, and real estate investments for the diplomatic headquarters of non-EU states.

In any case, it is important to bear in mind that Europe requires very strict regulations regarding the prevention of money laundering and the financing of terrorism. According to these regulations, investors will be required to provide certain documents relating to their identity and their business or professional activity in order to prove all the aspects.

Likewise, a foreigner can set up a company to conduct his business alone or with other partners, Spanish or foreign. The most common type of company is a limited liability company, which allows it to be managed by different partners and one or more directors. The minimum share capital is 3,000 euros.

As for the steps that a foreigner must take, they differ if the partner is a natural or legal person, and are mainly carried out through a tax agency.

Another advantage that should be taken into account for investors is that out of the amount of 500,000 euros in real estate or 1,000,000 euros in business projects, it is possible to obtain a residence permit and work visa in Spain as an investor (Law on the Support of Entrepreneurs 14/2013).

Initialed in 2011 and signed on 14 June 2017, it is expected to be approved by the Spanish Parliament in the near future. Belarus has already completed all the approval procedures.

On 11 June 2014 our CESCE and the Belarusian counterpart company EXIMGARANT signed an MOU whose purpose is to establish a cooperation framework between the parties to improve the exchange of information and develop knowledge in the field of credit insurance and internationalization.

Spain has had an Agreement on reciprocal protection and promotion of investments (APPRI) in force with Belarus since 28-11-1991 (inherited from the USSR).

MOU for Economic and Industrial Collaboration

Signed by the Secretary of State, in Madrid, on June 13, 2017, during the visit of the Minister of Foreign Affairs of Belarus. With this, the Mixed Commission is created, which will be chaired by the Director General for International Trade and Investments and will hold biennial meetings.